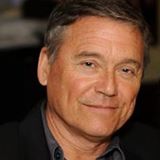 Chris was headhunted by Spur Steak Ranches in 1983.  He was appointed Regional Franchise Director of that company and was responsible for the expansion of Spur throughout the then Transvaal, Orange Free State and Natal regions.  During this period, he concluded numerous franchise agreements which resulted in new Spur outlets opening throughout South Africa. Chris assisted in the development of Panarotti’s Pizza & Pasta chain.  In 1989 he was appointed Managing Director of Spur’s Off-Shore Division, and in 1991 he was appointed Group Commercial Director.

In 1993, Chris established Surefire Franchise Management Services, which specialised in franchise development.  Its’ first franchisable concept, introduced in 1993 by Chris as a Master Licence from the United States under the Surefire umbrella, was “PostNet”, a postal, business and communications outlet.  The initial store was opened in Benmore Gardens in 1994, and during the period 1994 to 1998 Chris (through Surefire) assisted in establishing roughly 150 franchised PostNet stores.

In 1995, Chris (through Surefire) co-introduced Cash Converters (a retail concept, specialising in the packaging and selling of previously owned goods). He thereafter assisted in franchising and establishing 12 such stores.

3@1 Business Centres Franchise was established in 1999 and in the preceding time Chris assisted various Franchisors in brand development,  Primi Piatti being one of many. 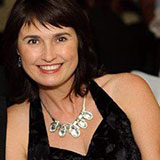 Belinda started her sales career in 1993 with franchise group, Kwik Copy Print, an American Franchise Concept. She has extensive sales experience in various fields including the Retail, FMCG, Property and Corporate sales.

She joined 3@1 Franchising and Surefire Corporation in 2004. Belinda is responsible for, amongst other things, the franchisee procurement process, site source and selection, lease negotiations and resale of existing franchises.